Operinter has actively collaborated in the solidarity campaign organized by Grupo Alonso and Save the Children Foundation to fight against child poverty. The funds raised will be used to cover the educational and psycho-pedagogical needs of more than 50 children living in poverty. The Group’s facilities in Quart de Poblet have been visited by several members of the Save the Children Foundation to participate in an emotional event that reinforces the collaboration between the two entities.

The solidarity campaign has ended with a collection seven times higher than expected, which will go to the Save the Children Foundation

The children who participate in the different programs of the Save the Children Foundation, have painted and decorated 50 cardboard dolls with which they have put a face to the success of the solidarity campaign launched by the Alonso Group in November.

During the event, which took place in the Setemar facilities in Quart de Poblet (Valencia), Rodrigo Hernández, Head of the Save the Children Foundation in the Valencia Region, presented the holding directors with the silhouettes representing the 50 children who will be able to see their educational and psychopedagogical needs covered thanks to the proceeds from the campaign.

For their part, the representatives of the group have attached a heart to each of the dolls as a symbol of the affection of all the workers. Jorge Alonso, Alonso Group’s CEO, said that “children are the future of society and it is everyone’s responsibility to ensure that poverty does not prevent them from fully developing”.

Each of the works that the children have done will be exhibited in the different offices that the group has around the world. With this original initiative, the aim is to give continuity and visibility to this solidarity action that does not end with a mere fundraising but aims to raise awareness about a situation that, unfortunately, affects 17% of children in our country.

As part of its Corporate Social Responsibility policy, every year Alonso Group launches a series of solidarity initiatives aimed at improving the social environment in which its different companies are located. This year, child protection has focused the efforts of each of the group’s companies and workers through a solidarity challenge in collaboration with the Save the Children Foundation.

Initially, the Alonso Group set itself the goal of ensuring the care of seven children at risk of exclusion for an entire year. Over the course of a month, workers from the different companies that make up the group have contributed through the platform created on Save the Children’s website for the occasion.

However, thanks to the generosity shown by the workers and companies of the Alonso Group, the solidarity campaign has ended with a collection seven times higher than expected, which will allow the Save the Children Foundation to have the necessary means to help fifty children through different projects.

According to Save the Children, there are 2,460,000 children in Spain today who live at risk of poverty and social exclusion. With 17% of the child population living in severe poverty, Spain has one of the highest poverty rates in the European Union. This sad reality is the reason why the Alonso Group has decided this year to focus its efforts on collaborating with Save the Children to try to turn this situation around.

Save the Children has been working in Spain for more than 20 years with different programmes focused on the fight against child poverty. Its main objective is to break the cycle of poverty transmission through education. To this end, they work in different areas ranging from the fight against school failure or psycho-pedagogical attention, to direct support with resources and school materials. 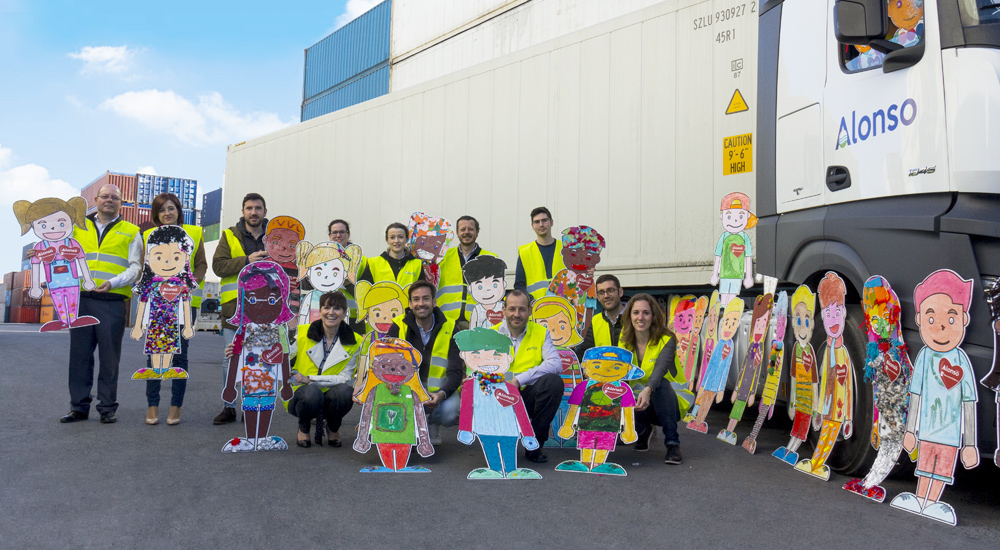 Got Something To Say? Cancel reply

This site uses Akismet to reduce spam. Learn how your comment data is processed.

Manage Cookie Consent
Cookies on this website are used to personalise content, provide social media features and analyse traffic. We also share information about your use of the website with our social media and web analytics partners, who may combine it with other information you have provided to them or that they have collected from your use of their services. You can customise your acceptance of cookies by using the buttons below. For more information, please access our cookie policy via the link at the bottom of the website.
Manage options Manage services Manage vendors Read more about these purposes
Settings
{title} {title} {title}